Electrical surges are quite a common occurrence, especially in areas with harsh weather conditions. Thunderstorms are one of the main causes of surges, and surges caused by them are often the most damaging – however, a storm can often be predicted, so that you can be prepared for it.

Other types of electrical surges are related to your main power source, where electricity is supplied from. A sudden power spike can occur through a home’s electrical system, and when it is overloaded, it can result in damaging a lot of heavy appliances in your home. This can end up costing you a fortune in repair and replacement costs, so it is always best to be prepared for a power surge no matter what. One way to do this is by purchasing energy smart products for your home.

What Happens When A Surge Occurs?

An electrical surge can be caused by either natural or man-made occurrences. When a surge occurs, it must find a path through which it can travel into either a home, or any place with an electrical connection going straight to it. The heaviest appliances in your home are most likely to take the biggest hit, which becomes even more dangerous if the wiring is faulty.

Sources of an Electrical Surge

When a heavy electrical load is either operated or switched on and off, an electrical surge can occur. These changes can often be unintentional, which often makes it difficult to predict when a surge may occur. Man-made surges are much more likely to occur than those caused by lightning, since lightning striking a utility line is not as common an occurrence. Regardless of the source of an electrical surge, it can be heavily damaging and all homeowners must be prepared for them at all times.

How Surges Can Damage Your Home

Usually, a power, phone or cable line will be hit in a way that every appliance connected on that network will experience the effects of the surge, resulting in potentially permanent damage. Once an electrical surge occurs and no measures are taken to protect your home, you may have to face damage which could cost a lot to repair; in some cases, entire appliances may need to be replaced.

Precautions to Take in Case of an Electrical Surge

Fortunately, there are some things you can do to minimize the damage caused to your home by an electrical surge. The following are some ways you can make sure that even a surge you did not know about will cause the least amount of damage to your home.

Turn off the main power supply

This is applicable in situations where a power surge is known about. You can turn off the main electrical supply so that no matter what happens, all your appliances will be safe and will not receive the excess electricity, since the connection will be cut off. However, this may be somewhat inconvenient, since you will not be able to operate any electrical appliances whatsoever within your home until the threat has passed.

These are gadgets which allow your home to become somewhat automated. By using them as outlets for your major appliances, you can have some features of a smart home that will allow you to monitor your devices’ energy consumption much better. These devices will help ground the excess electricity that comes into your home when a power surge occurs, so it is unable to get into your home and damage your appliances.

Keep an eye on the weather

It is always a good idea to know what the weather is going to be like, especially if you live in an area with frequent harsh weather conditions. This will ensure that you always know when you must put these precautions into place and protect your home as best as possible. Often, electrical companies will also send you a text message or a warning of some sort, alerting you before a power surge is set to occur. This will help you be further prepared for any impending electrical disaster.

It is quite likely that you will not have access to electricity or internet in the duration of the electrical surge. This can be very inconvenient, so it is important to keep portable devices charged for emergencies. This is especially helpful during prolonged thunderstorms, since you will be cut off from power from an indefinite period of time. You may need to call for help or check up on relatives or friends, which is why having a mode of communication with you is very important during such a time.

Another thing you can do is simply disconnect all the major appliances rather than cutting off the main supply, since this will ensure that you can still use electricity for minor tasks without risking the safety of your home and existing appliances.

Once you have taken care of all the major power sources and are prepared for the surge, you no longer have to worry about any damage occurring to your home. With the right gadgets in place and your most valuable appliances disconnected, you can simply relax and wait the surge out, until it is safe for your home to begin functioning normally again. This guide will help you have a better understanding of a power surge, as well as how to promptly act in case one occurs. 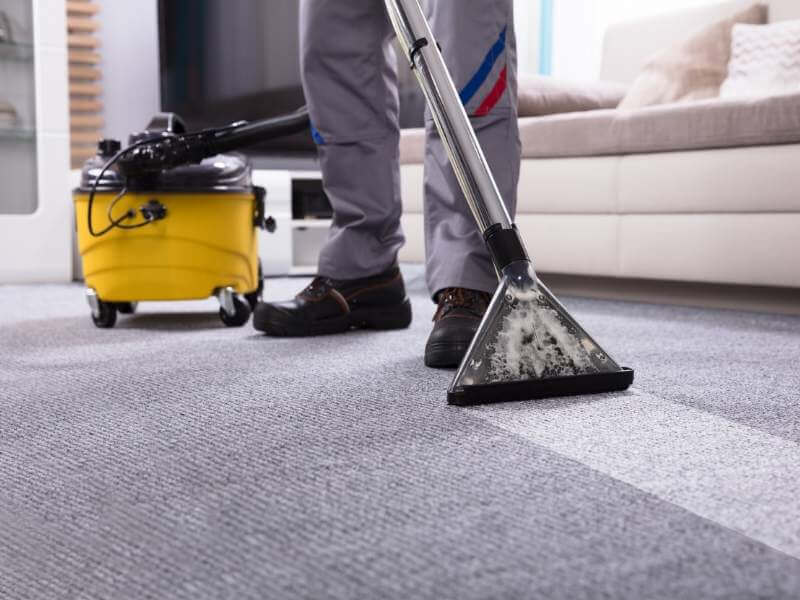 Hiring the carpet cleaning near me has plenty of benefits

How Image Analysis Makes a Difference