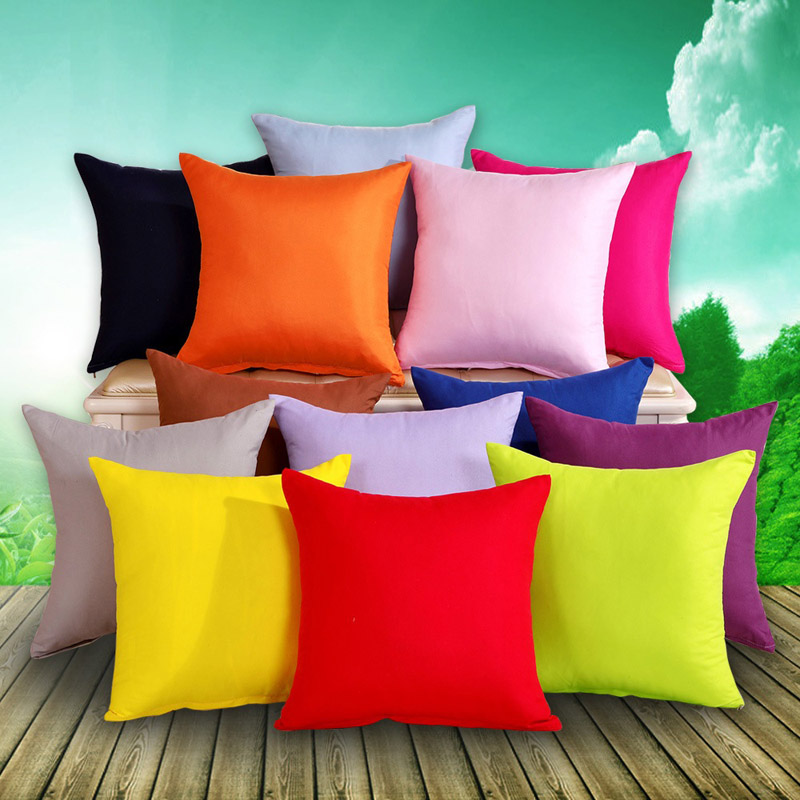 In a facility, however, it is not just aesthetics that make colored pillowcases so important. In the healthcare setting, pillows are used to support not only the head of the person, butcan be used to support other body parts as well. For this reason, more than one pillow may be used on each and every bed. Colored pillowcases are very useful in these situations. If only white pillowcases are being used, how can the staff tell which pillows were used for what purpose and which pillows were in contact with what body part? Not knowing this can be an issue for providing the best care in terms of hygiene and quality of care. Colored pillowcases can effectively solve this issue.

Using blue colored pillowcases for head pillows can differentiate these ones from pillows used for other purposes, such as behind the knees, at the armpit, or at the lower back. A pillow that is wedged between the legs is often a good idea for back support, especially when lying on one’s side. Behind the knees provides good back support when lying on your back. Under the arm after surgery on the arm or shoulder is often used to relieve the pressure of having the arm dangle. All of these various positions and placements of pillows are therapeutically useful. However, after wedging a pillow between your legs, or just under your armpit, it may not be a great idea to use that same pillow under your head, where when you roll over your mouth and nose come in direct contact with the pillowcase. Colored pillowcases, once again, are a means for distinguishing which pillow is for the head and all of the rest.

Now how about using colored pillowcases for the home setting? In a person’s bedroom, every item and color might have some reflection of a personality. While items such as beds, dressers and mirrors are more permanent features within a bedroom, pillows and pillowcases can be changed out whenever the mood strikes. Colored pillowcases are so great for changing the mood and energy of a room. In a room filled with plush light-colored beige carpeting and dark wood furniture, golden brown colored pillowcases can add a complementary hue that stands out and pulls the room together. Having a room in all shades of brown is very nice and can really bring out an earth element. This can sound a bit corny, but the bedroom is the place that we sleep, the place where we nourish and replenish our energy and health. It is also the place where we share intimacy with those whom we are close. Different people resonate with different colors. Earth tones in shades of brown colored pillowcases work best for some people, while green or blue colored pillowcases work best for others. As mentioned, it may also depend on a time of year, or where a person is a emotionally during a given time period. Colored pillowcases allow for this individuality and different tastes and moods.

Just like in a healthcare setting, at home we can use the same principles. Why not have different colored pillowcases in our home on our beds? Why not use one pillow, differentiated by a different colored pillowcases, at our heads, where our faces come in direct contact with the fabric of the colored pillowcases. It is not different at home. Colored pillowcases can be useful in the home just as well in a healthcare setting. For example, many of us use pillows as props during our sleep, to promote a more restful and nourishing sleep. A pillow between the legs, especially when sleeping on our sides, is very nice to cushion the inside of the knees from making contact with one another. In addition, it tends to relieve some pressure from the sacrum and lower back region. This being said, how often do we roll over and that same pillow that was wedged between our legs is now being used at the head? Often then, we are laying our faces on that same pillow, and for some of us, using the pillow that was touching our feet or groin is not the one we want to touch our face.Having particular colored pillowcases used for the head at home will train us to use that same pillow only for the head.

When at home, you have the freedom to choose any colored pillowcases you think you would like. Go for it!