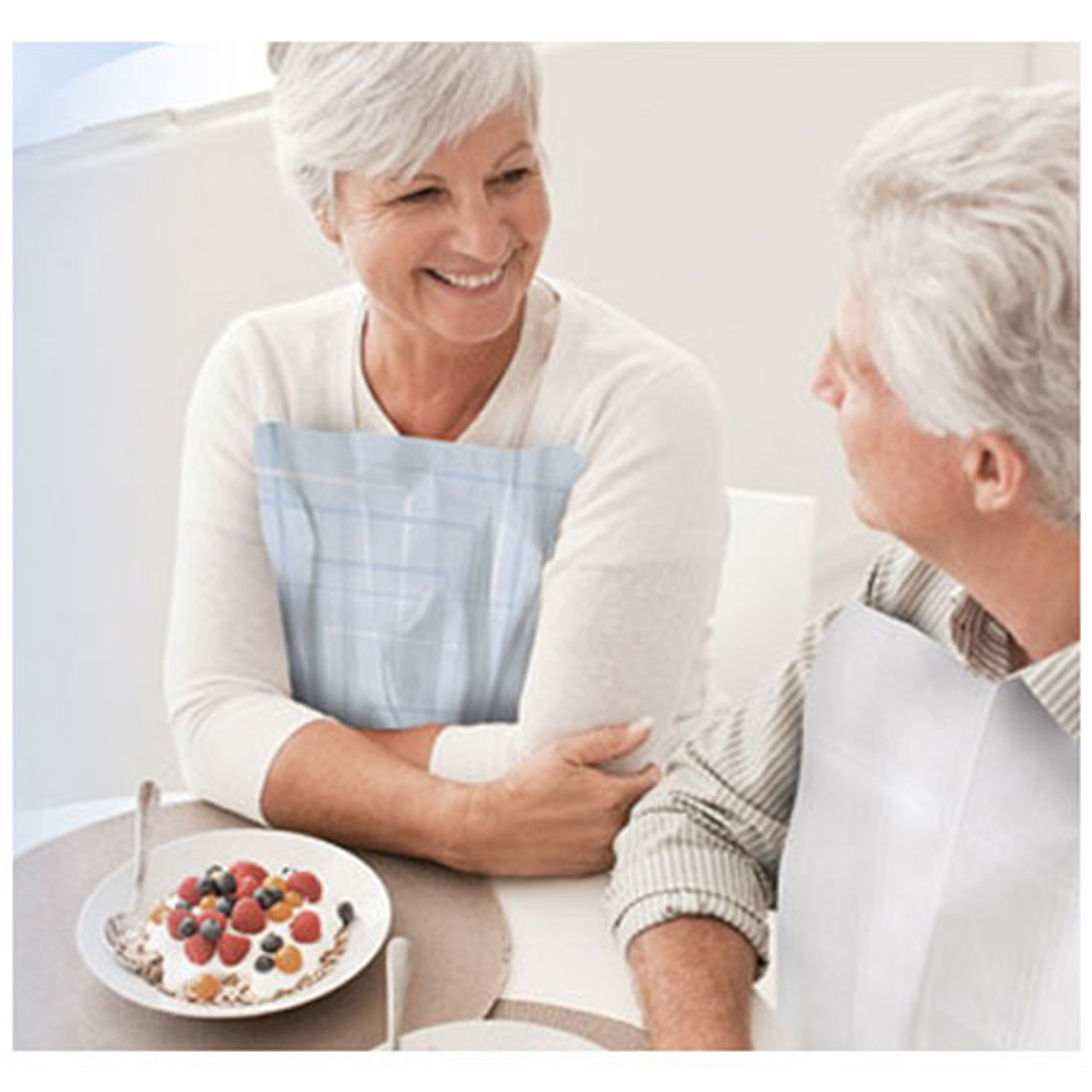 For many adults, it can be embarrassing to have to put on a bib. It is an acknowledgement, although maybe only to the person who is putting one on, that they are not confident in their ability to feed themselves without spilling food or drink onto their clothing. In reality, this is typically not at all a big deal. Who hasn’t spilled food or drink on their clothing? Still, the truth is that the feeling of embarrassment does exist. When living in an assisted living facility it might be less of an issue, because so many of the residents are wearing some type of clothing protection, and so it is almost the norm rather than the exception. In these facilities, one can see all different types of clothing protectors, including pullovers, those that require tying two string together in the back, bibs with snaps or Velcro, and of course, the Napkleen disposable adult bibs.

Below are some facts about Napkleen disposable adult bibs:

Napkleen disposable adult bibs have no ties. They just have a peel and stick on feature, in other words, just peel off a label in order that the adhesive is exposed and then stick directly onto whatever clothing is being worn- a shirt, jacket, or whatever.A good percentage of our population has experienced a loss of dexterity in their fingers, be it from arthritisor other issues. The peel and stick on feature makes it much easier for those folks to put their clothing protector on themselves.  Many bibs on the market have snaps, Velcro like material or ties. Napkleen disposable adult bibs, as compared to other bibs, are simple and easy to use.

Napkleen disposable adult bibs are waterproof due to an absorbent front that can soak up liquids in conjunction with a waterproof backing that prevents liquids from soaking through the bib and reaching the clothing. For such a thin bib, so light and unobtrusive, it is amazing that Napkleen disposable adult bibs can be so effective at preventing liquids from soaking into clothes.

Napkleen disposable adult bibs are used both institutionally, ie in hospitals, nursing homes and assisted living facilities but also can be used by the individual at home (or even better, when dining out in a restaurant).